On May 20, 2002, Deputy Sheriff Dennis Phelps was gunned down in eastern Fresno County during a vehicle stop on a suspicious vehicle/suspect in the area of Locan and Shepard. Prior to the deadly shooting, the suspect was alleged to have shot at a parking lot sweeper in the area of Herndon and Fowler. Dennis initiated the stop based on the BOLO at 2355 hours on May 19, 2002. Officers from Clovis PD and FSO found Dennis lying in the street near the vehicle he stopped, and his patrol car was gone.

The suspect, identified as Mark Volpa was able to evade authorities after gunning down Phelps and a multi-day manhunt began for him. Ultimately, he was located in Auberry, held up in a trailer near Jose Basin Road. The capture of Volpa ended after six days. Volpa exited a trailer he had been staying in, armed with Phelps&#39; patrol AR-15 rifle - the gun he had stolen after killing Dennis. Volpa opened fire at SWAT Officers. Volpa died during a gun battle with deputies.

Phelps was born in the Midwest- in a town called Leon, Iowa. He later moved to the Central Valley and graduated from McLane High School in 1972. He began his career in the early 1980s, with the Kerman Police Department and then with the Fresno County Sheriff's Office. In 1999, he returned to FSO as a reserve deputy. He wanted to change careers so he could spend more time with his family.

Phelps became a full-time deputy Oct. 30, 2000 and days before his death, completed his field training to become a patrol deputy.

Today we honor Dennis' memory and the sacrifice he made for the citizens of Fresno County. Dennis died protecting the community he swore to protect from the evils within our society. Dennis’ life was sacrificed to protect many others.

We remember the family he left behind and the void they still have in their lives. Those who knew Dennis will always remember what a great man and friend he was to all of us. 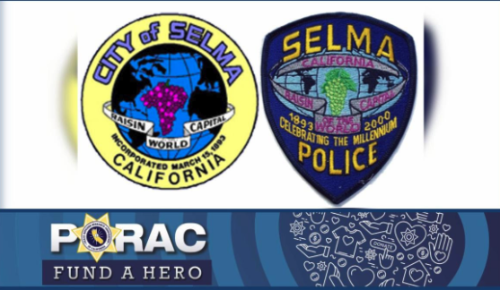 The Fresno Deputy Sheriff’s Association would like to offer our sincere sympathy to the family of the Selma Police Officer killed in the line of duty and the entire Selma Police Department.

We are supporting the Selma Police Officer’s Association and have established a memorial fund for the family of the fallen officer.